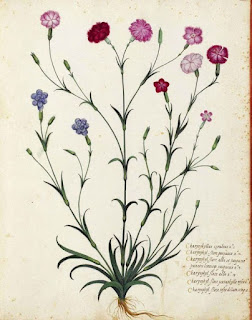 Jane Clough was apparently quite a memorable local character who was written about by two 19th-century Rochdalian authors. She died about 1853.

Edwin Waugh wrote about her in his Lancashire Sketches book of 1855:


'Jane Clough, a curious local character, died at a great age, near Heywood, about a year and a half ago. Jane was a notable country botanist, and she had many other characteristics which made her remarkable. She was born upon Bagslate Heath, a moorland tract up the hills to the north-east of Heywood. I well remember that primitive country amazon, who, when I was a lad, was such an old-world figure upon the streets of Rochdale and Heywood. Everybody knew Jane Clough. She was very tall, and of most masculine face and build of body, with a clear, healthy complexion. She was generally dressed in a strong, old-fashioned blue woollen bedgown, and thick petticoats of the same stuff. She wore a plain but very clean linen cap upon her head, loosely covered with a silk kerchief; and her foot-gear was heavy clouted shoon, or wooden clogs, suitable to her rough country walks, her great strength, and masculine habits. Botany was always a ruling passion with old moorland Jane. She was the queen of all flower-growers in humble life upon her native ground; especially in the cultivation of the polyanthus, auricula, tulip, and "ley," or carnation. Jane was well known at all the flower shows of the neighbourhood, where she was often a successful exhibitor; and though she was known as a woman of somewhat scrupulous moral character, - and there are many anecdotes illustrative of this, - yet she was almost equally well known at foot-races and dog-battles, or any other kind of battles, for which she not unfrequently held the stakes.'

William Robertson also wrote of Jane in his 1875 book Rochdale, Past and Present:

'Jane Clough, a coarse, masculine-looking woman, whose voice did not remind one of the music of the spheres, and who used to reside at Bagslate, gave up part of her time to the study of botany and the cultivation of "monster gooseberries" and carnations. Jane was not by any means a counterpart of the "Jane" so highly eulogised in the delightful song so charmingly sung by Sims Reeves as "pretty" and "shy," and there was no prim gallant in those days who had the courage to invite her to meet him in the evening "when the bloom was on the rye." Nor was there any young Lochinvar in these parts sufficiently daring in love to whisk off our heroine on a milk-white charger and bear her away to his home. Jane was in her element if only permitted to join a group of the wise men who upheld the State at a street corner, and take part with them in discussing politics, cockfights, and a "gradely" dog fight. As to politics, it would appear as if she had been a forerunner of the strong-minded women of the present generation, as she took the liveliest interest in that absorbing science. She preferred the society of the masculine sex, and, as a rule. shunned that of woman kind in general. Jane was a staunch Conservative, and would always insist on heading that party's processions on great and stirring occasions, but we have not been able to find that the friends of the cause to which she allied herself ever went to the expense of dressing her on such eventful occasions in the "blue" colours which usually distinguish the Conservatives.'