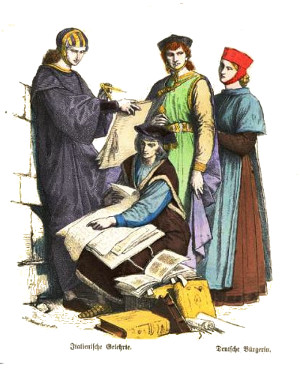 It is difficult to pinpoint the exact year when Adam de Bury granted land to Peter de Hewode because the records are unclear on the subject. However, a solid bit of historical detective work by Dr Thomas Hunt in 1907 provided the most reliable calculation of the date of that Charter.

His method was to identify exactly which people had been present to witness the signing of the Charter, and then work out the limited timeframe in which those people could have been in the same place at the same time.

In a letter to the Heywood Advertiser, Hunt claimed that previous estimates on the date were generally contradictory because of a lack of reliable information on the early generations of the Heywood family. He referred to Iter Lancastrense, a poem about Heywood written by Richard James in 1636, which attributed the beginning of the Heywood family to ‘About ye date When second Harrie mighty was of state’. In other words, during the reign of Henry II (AD 1154-89).

However, the Reverend Thomas Corser, in his notes for a later publication of Iter Lancastrense, stated that the antiquarian Joseph Hunter was probably correct in dating the Charter to a period no later than the first 15 years of Edward I (1272-87). Hunt noted that these claims were not mutually exclusive, as Peter de Heywood's ancestors may well have been residing at Heywood in the reign of Henry II, and Joseph Hunter did not specifically say that the charter could not have been granted earlier than 1272.


'In the chart pedigree inserted in the Iter Lancastrense the first name is that of ‘Peter de Heywood,’ said to be the grantee from Adam of Bury, and to have died in 15 Ed. (1286-7). On what evidence the date is fixed I do not know.

In an anonymous article entitled ‘Heywood Hall,’ which appeared in the Bury Times, May 20th, 1893, it is implicit that the grant was made between 1272 and 1287. The source is evidently the same as that of Mr. Corser's note.

A series of articles titled ‘The Earliest Records of Heywood and the Heywood Family’ appeared in the Heywood News in January 1894, in which the charter was estimated - on the direct authority of Canon Raines - to have been granted during the first 15 years of the reign of Edward I. However, it also referenced a paper that had recently been read before the Lancashire and Cheshire Antiquarian Society and which contained a pedigree by Nathan Heywood in which he gave a charter date of 1164, ten years after the coronation of Henry II. While a definite date had been provided, there was no evidence to support it.' (Heywood Advertiser, 15 February 1907)

Given the general lack of sure proof relating to the various dates suggested for the Heywood Charter, Hunt examined the listed witnesses to find two or three of them who could definitely be placed in a historical timeframe. This could be difficult as landowners across several generations of the same family might have same name, as was the case with Adam of Bury and Roger of Midleton, who were both named in the charter. However, Hunt found that two witnesses were 'territorial magnates' who left definite documented records of their existence. These were Sir Geoffrey of Chetham and his nephew Alexander of Pilkington. There had actually been several successive 'Alexanders of Pilkington', but only one Sir Geoffrey of Chetham, who Hunt took as his fixed point.

Records dating from the reign of King John (1212) showed that Chetham at that time was held by Roger of Midleton, and that Henry of Chetham was his sub-tenant. Henry's successor was Geoffrey, whose tenure began some time about 1235, and lasted nearly 40 years.

Also mentioned in the inquest of 1212 was an Alexander of Pilkington, who was succeeded by Roger by 1245. This Roger married Geoffrey of Chetham's sister (Ellen), and their son - another Alexander de Pilkington - inherited the manors of Chetham and Crompton after the death of his uncle Geoffrey 'shortly after' 1271. This Alexander of Pilkington served as a witness to the signing of various charters during 1260-80, and he died before 1292, when his son Roger inherited his lands.

Hunt believed there 'was no doubt' that this particular Alexander of Pilkington was the one who witnessed the Heywood Charter. This gave two important dates to fix the timeframe in which both Alexander and Geoffrey could have signed any charter. These were 1260 - when Alexander's name first began to appear on dated charters - and 1271, shortly after which time he succeeded Sir Geoffrey in the Chetham Estates. So it could have only been sometime during that decade that both men witnessed the signing of the Heywood Charter.

Hunt's methodology appears to be sound. By positively identifying two of the witnesses to the signing, and establishing the earliest and latest years in which both those men could have attended such a signing, it is reasonable to estimate the 'birth of Heywood' as occurring sometime during 1260-71.