From Hewode to Heywood: The Evolution of a Name

- June 06, 2016
One of the occasional problems of historical research is the varied spelling of the same name over the centuries. This can lead to some confusion, and the overlooking of important information. 'Heywood' is one of those words that has been spelled in many different ways, and several centuries passed before the current form of the word became the commonly-accepted version.

Language is very fluid, and the early English lexicon was heavily influenced over the centuries by Romans, Britons, Anglo-Saxons, Vikings and Normans. Spelling was even more fluid, generally because the people who wrote the legal records spelled words as they themselves saw fit. As the population was largely illiterate, the need for a standardised form of spelling did not arise until the arrival of the printing press in 15th-century England. As a result of this, the spelling of Heywood has varied over the last millennium. There are also many names similar to 'Heywood' (such as Harwood and Ewood) in the Lancastrian court records from before that time, although in most cases they are not linked to Monkey Town itself. 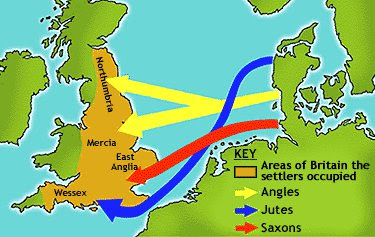 The Domesday Book - compiled in AD 1086 following the Norman Conquest - records a Heiwode (now Heywood, Wiltshire) and a Haiwode (now Little Haywood, Staffordshire). The Lancastrian version was recorded in the 13th century, when Peter, son of Robert de Hewud, was involved in a land dispute and appeared before the assizes at Lancaster in 1246. The names of both Richard de Haywod and Award de Hawod appear in the Lancashire Assize Rolls of 1285.

The first direct reference to the place came in the 13th century, when Adam de Bury granted land in the area to Peter de Hewode.

Four different variations of the name were recorded during the 1320s. Robert dil Hewod was fined at Tottington in 1323 for a breach of the peace, and in the following year Roger de Hayewode was fined at Salford for the unjust withholding of a debt. Geoffrey de Hewode was fined for a breach of the peace in 1325, and a del Hewode was recorded in the Final Concords of the County of Lancaster in 1330. The variety continued in the centuries to come, and in 1539 (during the reign of Henry VIII), Peter Heywode was recorded as being involved in a dispute over lands in ‘Heywode, Heype, Burye and Middleton’. Then, in 1577, Christopher Saxton produced his landmark map of Britain, which was detailed enough to mark the chapel in Heywood, or ‘Hawood’ as he named it.


The Peter Heywood who assisted in the arrest of Guy Fawkes in 1605 actually had his name spelled as Peter Heiwood in contemporary accounts of the event. Then again, when Richard James wrote his 1636 poem ‘Iter Lancastrense’, which opened with an account of a visit to Heywood Hall, he referred to the owner as 'Peers Ewood'. Once again spelling was very much in the hands of the scribe.


The Isle of Man branch of the same 'Heiwood' family was established during the 1640s, and the spelling 'Heywood' was prominent in their records. The advent of the printing industry and increased levels of literacy in the wider population led to the standardised spelling of most English words, and the modern form of Heywood was well established by the 19th century. However, Lancashire dialect writers of that century often used ‘Yewood’ or 'Yewud', as when Edwin Waugh wrote of ‘Yewood Ho'' (Heywood Hall) in the 1850s.


‘The house was pleasantly situated in a garden, about two stones' throw from the edge of Heywood, in the wide level of rich grass land, called ‘Yewood Ho' Ghreyt Meadow.’

This spelling was of course never used officially, but does show us how it was actually pronounced by locals at the time. It was also around this time that the nickname ‘Monkey Town’ was first recorded.

Having been through multiple variations in spelling over the centuries, it now seems inconceivable that the spelling of Heywood will ever change again, but language is always evolving and who knows what local residents in future centuries might call the place?