- September 23, 2016
For over 600 years Heywood was a village within the township of Heap, subject to the lordship and church of Bury. The village became an industrial hub of cotton manufacture during the 19th century and the population boomed to around 25,000 people by 1880. The case for allowing Heywood a higher level of self-governance became stronger, and in 1881 it finally achieved township status.

Heap had adopted the Local Government Act in 1864 to form the 'Heap Middle Division Local Board', the first local government body in the area. The borders of the local board were enlarged in 1867 when parts of Birtle-with-Bamford, Castleton, Heap, Hopwood, and Pilsworth were added, and the board was renamed as 'Heywood Local Board'. More parts of Hopwood and Pilsworth were added to Heywood in 1879.

In May 1880, the Local Board applied for Heywood to become a borough under the Municipal Corporations Act. Municipal boroughs had an elected town council made up of a mayor, aldermen and councillors. The right to vote was restricted to adult males and based on property ownership. The ‘charter of incorporation’ was granted on 18 February 1881, and the first municipal elections were held in April.

The first borough council in Heywood consisted of a mayor, six aldermen, and 18 councillors representing three wards. The Liberal Party controlled the first council, with the Conservatives in opposition. Thomas Isherwood, a mill owner and Liberal councillor, became mayor after a vote at the first meeting.

At the time, Heywood was home to 25,000 people, 5,877 dwelling houses, 22 churches and chapels, 24 Sunday and day schools, 67 cotton mills and weaving sheds, 67 machine works and other workshops, 75 cotton waste and other warehouses, and two newspapers (the Advertiser and the News).

The town was granted armorial bearings in May 1881, based on the Heywood family coat of arms, including the Latin motto Alte Volo (‘I fly high’), with gold and black colouring.

A part of Castleton was added to Heywood in 1900, and parts of Norden, Birtle-with-Bamford and Unsworth were added in 1933.

The Heywood Corporation was based in the Municipal Buildings on Longford Street. This had been originally built as the Mechanics' Institution in 1850 and also used by the Reform Club (1871-82) before it became the town hall. Heywood was also part of the administrative county run by the Lancashire County Council, which was formed in 1888.

By the 1960s, major shifts in urban development and population meant that the old local government structures around Britain were outdated and inefficient. Under the Conservative Government, the Local Government Act 1972 changed the local council landscape, amalgamating local councils and redrawing administrative boundaries. The former county borough of Rochdale was merged with the municipal boroughs of Heywood and Middleton, and the urban districts of Littleborough, Milnrow and Wardle. It was originally planned that Rochdale and Bury would form a single district (which Bury MP Michael Fidler nicknamed 'Botchdale'), but Rochdale took Middleton from Oldham instead. 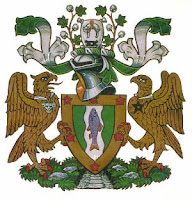 The new Metropolitan Borough of Rochdale was the largest such borough in the new administrative county of Greater Manchester. It had been suggested that the Rochdale borough be called 'Chadwick', after the 19th-century social reformer Sir Edwin Chadwick), but this was rejected in favour of Rochdale.


Elections were held in 1973, forming a 'shadow authority' which took power on 1 April 1974. Heywood currently has nine councillors in the Rochdale Metropolitan Borough Council.

Although some Heywoodites have called for a return to an independent Heywood council, this would require legislation to potentially dismantle 36 borough councils (home to 12 million people) and the funding to then replicate their services and departments for possibly over a hundred new councils. Such a move seems unlikely, and is not clear that the economic situation in Heywood would be healthy enough to maintain functioning council services in the long term.

It is clear, however, that the borders and administration of Heywood have been very fluid over time, and the residents need to actively preserve their historical sense of local identity if Heywood is to retain its identity as a distinct 'township' into the future.